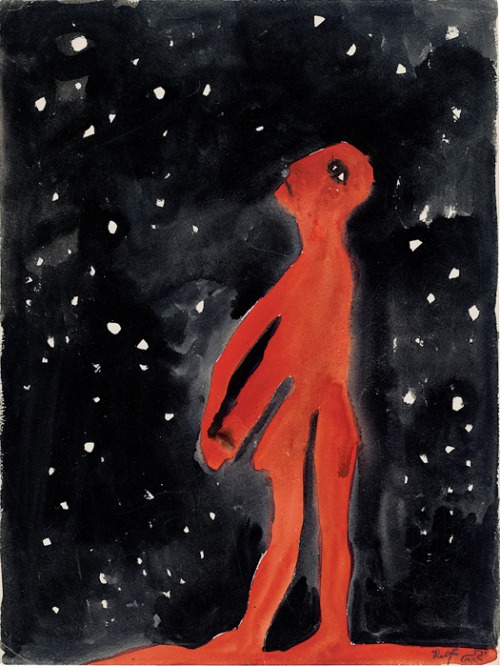 Here is a post more personal than most, based on a myriad of things the Lord has been teaching me lately. It is the first in a series on intimacy.

A year ago, I sat down and blasted out a four page essay on intimacy in the middle of the night when I was struck with inspiration. I wrote it as a letter to my best friend Dave, and much of what is in these posts will be derived from that essay. I hope it speaks to you. I’m really excited about it.

The essay opened with (and was peripherally the result of) two dreams I had within about a week. Without spending too much space on them, I will summarize them thusly:

In the first dream, I was in an enormous mansion with a girl I knew. I assumed we were married, and we had just finished making love. The physical act was gratuitously downplayed in this dream, and the focus was on what happened next. We simply lay in the bed in this huge mansion, whispering to each other. I distinctly remember thinking about how lying there was more enjoyable than the physical act of sex itself. Rather than a fleeting fleshly pleasure, we were sharing something at a deep and intimate level. I knew her and she knew me. I loved her and she loved me. I wasn’t scared that she would get up to leave, nor was she. Granted, both she and I were acting within my subconscious, but the feeling was enough to leave an indelible mark on me upon my waking.

The second dream was more strange, but equally moving. I was in a submarine with a small monkey/sheep hybrid. He was my best friend and I was his. We also shared a relationship that was deeper than the average human friendship. He stayed with me wherever I went on the submarine, but as a companion, not an annoying chihuahua that won’t stop following you around. The ship eventually opened its door like a garage, and we found ourselves not underwater, but in an idyllic park where the sun was setting over families playing in the lush green lawn. My monkey/sheep and I climbed a tree and watched the sun set behind the mountains. We spoke in words that we had made up and shared between us. As we watched the sun sink over the purple hills, I felt the same sense of camaraderie and intimacy I had with the girl in the previous dream. Once more, it was not sexual, but purely a sense of knowing and being known; loving and being loved.

This was the foundation of my further thoughts on intimacy.

I don’t know why it took me 22 years to realize this, but it did. I realized that all the physical consumation shown on television and in movies is nothing more than a fleeting glimpse of the potential of intimacy available to us as humans. I had been brainwashed by our society’s depiction of ‘normal’ sexuality. I never realized I had been craving intimacy all along.

We long for it. We need it. We were made for constant, near, unconditional intimacy with both each other and the Lord. I believe both are necessary, and one is not at the expense of the other.

In the Garden of Eden in Genesis 2:18, God says, “it is not good for man to be alone.” He had just finished saying everything else in creation is “good,” and this is the ONLY thing in the UNIVERSE that is NOT good. Being alone. Now, take note of a very important fact: this was before sin entered the world, and Adam had perfect and unbroken relationship with the Lord. In other words, relationship with God was not quite enough. We understand that He came down everyday “in the cool of the afternoon” to walk with Adam.

God descended to walk with us.

And even in Genesis 3 after the first sin was committed, God continued to come down to walk with man. It was Adam and Eve who felt ashamed and ran and hid from Him.

Shame drives us to hide. Whether behind lies or jokes or masks or makeup or false identities, we are a hidden people. Our culture has reinforced this hiddenness tenfold with the onslaught of social media and other media we intravenously pump into our heads.

A wise friend of mine made a brilliant observation tonight: We joke most about the things we are most ashamed of. The things we have perverted and tainted in our own lives. It’s a way of hiding behind a guise of lightheartedness and laughter rather than facing our own history and mistakes, our sins and our pain.

And in our culture, nothing is more skewed than our views of sexuality. Look at an episode of nearly any TV show or movie. What is the repeated subject of joking and theme of progression? Sex. The characters relentlessly make light of the topic, while at the same time seek it out as the be-all end-all source of satisfaction. Our culture is ashamed of its sexual perversion.

This post has been scattered at best, circular at worst, but it’s a good enough introduction for the hopefully-more-specific entries to follow. I am really excited to share on this topic that is constantly moving and shaping me, drastically overlooked by our culture and our church, and is key to knowing our relational God. Please shoot questions my way, and if there’s an area I don’t cover, I’d love to expand this conversation. I will conclude with a meditation on a line from my favorite hymn.

In Rock of Ages, the age-old line resounds:

The writer is not singing of a painless bubble bath type of washing, but the painstaking scrubbing that induces aches and rashes.
It takes some skin off with it.
It’s the washing that destroys infections the way alcohol poured on a gash bubbles and foams and sends waves of pain from our limb to our brain.
It’s not an external washing necessary for our cleansing, but a washing of the deepest parts of who we are. Our guts and bones. It goes deeper than flesh, even bone.
It’s the sort of painful washing that the Lord and only the Lord can accomplish.
He is infinitely gentle and painstakingly thorough.
He is gracious and loving.
He is tough on stains.