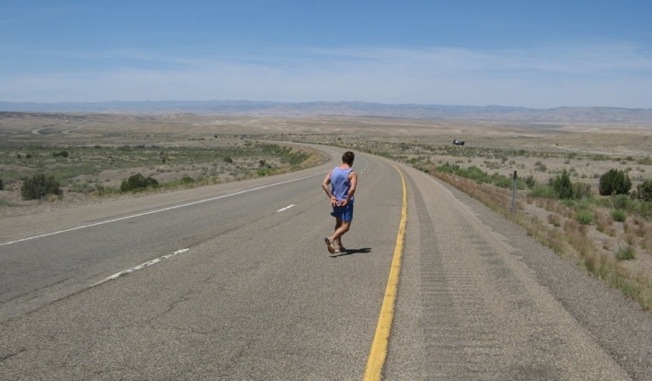 I write about this word constantly, and long time readers may even have tired of my relentless ramblings on the subject, yet I am so passionate about it. Here is my theory:

All every human ever does is transport something to another place.

Every job you and I have ever had and will ever have is simply a different means of transporting different things. Pilots, taxi drivers, and train conductors transport people. Mailmen, truck drivers, and UPS delivery men all transport goods. Maids, janitors, and landscapers move dirt, dust, and excrement from one place to another. Baristas, chefs, and waitresses move ingredients into a bowl, then to the oven, then to the table for the customers to enjoy. Think about every job you’ve had. What were you moving?

We move food from our hands to our mouths to our stomachs. We move clothes onto and off of our bodies. We move words around to create new books and poems and songs. Music itself is a vibration of molecules!

Anyway, since the nature of life is motion, who are we to fight it? I know that in the large scheme of things, four years may not appear to be that daunting to someone. Yet, to me, the restless wanderbundle of fluid energy, it is a lifetime. What in the world could I be missing while I sit here in Chicago, performing my mandatory studies and following rules!

I had a conversation tonight with a friend of mine here in Chi-Town. I explained that, yes, it may be idolatrous to need to travel so much (Jeremiah 2:31-37), which is something the Lord has graciously been convicting me of recently. However, I do feel so much closer to the Lord when on the wide open road. I recounted to him my year thus far, including a total of 26 flights, 3 road trips, and some backpacking escapades. Reliving the memories of those trips just reminded me of how sedentary I have become recently, and made me hunger for more; for that nearness to God that I feel when I am alone with and dependent on Him.

I miss the dancing phone lines I watched taking the Amtrak from New Haven to New York City. They bounced up and down, drawn with a pencil against the vivid blue morning sky of the northeast. I remember how beautiful every woman became when my mind was not filled with the clutter of the internet or television. Every man became more accommodating and real. I miss the rolling waves of golden grain as my car shot across the prairies of the midwest, through the lonely and forgotten towns that freckle the highways of America. I long for that landscape that lay bare its shoulders before Dave and I as we crested a hill in the Utah back country. We could see over the sandy desert land for miles and miles, until sandstone plateaus rose on the horizon under the grey ceiling of early June. My soul pines for the streets of Paris, where we haphazardly wandered about the ancient Champs-Élysées and gazed on the mighty iron tower. Or Nigeria, where we sang a capella worship songs at the top of our lungs, because no instruments other than clapping hands were required.

And that’s only this year.

We all long to travel, and few are brave enough to take that first step. There are no such things as plans; only battles with time and place. Your “plan” is where you are right now, and I wish all my readers the best with moving beyond that. We cannot plan a thing. As Ben Gibbard howls in his song What Sarah Said, “Every plan is a tiny prayer to Father Time…” (That’s why I just never understood Planners…..I can’t even plan my day tomorrow, much less a trip I’ll be taking in a few months in a different place!)

We’re human beings, after all; and that’s a verb.