“I shouldn’t have even come out here tonight,” she cried, shivering in Chicago’s winter. It was a cold Friday night in January a handful of years ago, and this woman (we’ll call her Maggie) was embodying something we saw on a weekly basis.

I ran a street ministry when I lived in Chicago. We would stand outside of clubs and bars and simply talk to people, pray with them, and tell them Jesus loves them.

So as mascara ran down Maggie’s cheeks, she explained that she knew she should not have come out tonight. She felt like it was a mistake and she was so glad she ran into my friend and I on that street corner. After we had finished talking to her, Maggie called a taxi and went home. She did not go home with a stranger that night.

She had been looking for something.

She was just looking in the wrong place.

I was baffled as I listened to my friend’s voice on the other end of the phone.

“Sex is such a spiritual and intensely intimate experience,” he mused.

On that we agreed.

I didn’t speak for a moment.

It seemed as if his view on sex was incredibly contradictory. How can something be so spiritual and intimate, where two people connect on the deepest possible plane, and simultaneously be so disposable and expendable?

Sadly, my friend’s view on sex is now the majority view in America. Sex is both meaningless and it is god. It is the ultimate prize and it is effortlessly dispensable.

Since the introduction of contraception, the value of sex has plummeted. No longer does sex potentially mean long-term commitment. It’s not just for sweeties who intend to get married. Now that there is no risk of getting pregnant, the weightiness of sex has been reduced, and it can solely be a pleasurable endeavor.

There are dozens of TV shows centered around people’s pursuits of one-night stands, hookups, and other sexual exploits. No longer are they reserved for the after-dark specials either. They are prime times on the family channels. They have normalized our crooked views on sex.

Instead of mourning the fact that characters regularly wake up next to one another, completely forgetting the others’ name, we have made it a situational comedy. It’s funny when people do the criterion Walk of Shame, or have regrets about settling for a 4 because they were smashed.

Simultaneously, these hookups are the ultimate pursuit throughout the course of every episode. They have arrived at the golden doorstep of satisfaction if they have connived or stumbled their way into bed with a bombshell.

It boggles my mind how we arrived here as a culture.

Real life hookups are not that pretty. They are not that clean cut, and they’re definitely not that comical. I’ve spent enough Fridays on the streets of Chicago at 2am to be familiar with the system.

It’s a premeditated recitation of the proper lines and soft touches.

It’s not a relationship, it’s a transaction.

In our pursuit of satisfaction, we have reduced the value of our own human bodies. We have all but demolished the value of other peoples’ bodies by treating them as some sort of ‘disposable trophy.’

It may lead somewhere, it may not. Either way, it feels good.

Jesus gave ultimate value to the human body when He entered into one. He shows us that ours are not disposable pieces of flesh meant to be thrown around from person to person.

He also calls to us, promising deep intimacy and ultimate satisfaction. When we stop trying to fill that void in our hearts by sleeping with strangers every weekend and focus on filling it with the One who invented intimacy, we will find peace.

God invented sex as a means of incredible pleasure, connection, and intimacy with a loved one (1 Corinthians 6:12-20). My friend was right when he said sex is both spiritual and intimate, and that’s exactly why I want to share it with only one person. I want to grow old with my wife, knowing her body as I know my own, and vice versa. There is an immense beauty to chastity that many people in our society are missing out on. Because you can’t grow old with all the girls in the club.

Don’t settle for being a disposable trophy on the mantle of a stranger’s bed.

Join me in seeing through our hookup culture for the hollow lie it is. It’s not satisfying and hurts far more often than it heals. 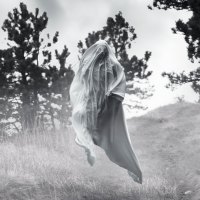 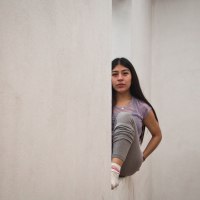