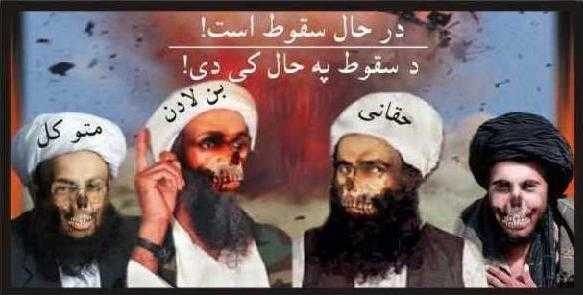 Osama bin Laden was born March 10, 1957 to the wealthy bin Laden family in Saudi Arabia. His father, Mohammed bin Laden, was a billionaire construction magnate, and his mother was Mohammed’s tenth wife. When Osama was ten, his father died in a plane crash. Years later, his eldest brother also died in a plane crash. At the age of 17, he married his first of five wives, and with them fathered at least 20 children. He was tall and thin, with a height of 6′ 4″ and a weight of 160 lbs. He was left handed and described as having a quiet demeanor.

Motivated by a belief that the U.S. foreign policy had harmed, killed, and oppressed the Muslim people, and encouraged by the Islamic jihad, bin Laden set out to terrorize them in return. By 1984, he was well involved in funneling money, fighters, and weapons to his organization, set on a mission of vengeance for his people. In 1988, al-Qaeda was established as an individual entity, though its existence was held quietly in secret for a long time. Their mission was to spread Allah’s religion through whatever means necessary, primarily violence and terrorism.

In a November 8 1990 house raid in New Jersey, plans to blow up New York City skyscrapers were discovered, among other terrorist plots. In 1992, al-Qaeda committed its first bombing; a hotel in Aden in which two people died. It was after this attack that the organization developed a justification for the murder of innocents. Two years later, due to repeated criticisms of the governing authorities, Saudi Arabia expelled bin Laden from their country, and urged his family to cut off his 7 million-dollars-a-year stipend. Throughout the 1990’s, he continued to fund and commit attacks in various countries, and announced that North Americans and their allies are the enemies, and “make easy targets,” and killing them is the individual duty of every Muslim.

Bin Laden caught the attention of the American public when in 1998, he truck-bombed the American embassies in several African countries, killing hundreds of people and wounding over 4,000. These bombings landed him on the FBI’s top ten most wanted list.

The morning of September 11, 2001, the World Trade Center in New York City was destroyed when two airliners flew into the twin towers. Al-Qaeda operatives had hijacked the planes in order to steer them into the buildings. Another plane crashed into the Pentagon, and another landed in a field. 2,977 people lost their lives that day, in addition to the 19 terrorists who died.

The hunt for Osama bin Laden went on for over nine years, and on May 2, 2011, he was reported dead. SEAL Team Six had carried out a mission to kill or capture him. At the time the announcement was made, a baseball game was being played, and as news spread, the crowd began chanting USA. Wrestler John Cena was in a fight at the time, and declared bin Laden’s death, which resulted in the auditorium erupting into nationalistic chant. During Obama’s announcement of the death of the terrorist, 5,000 tweets went out per second into the Twittersphere.

Happy crowds flooded the lawn of the White House, Times Square, the Pentagon, Ground Zero, and many other city streets across America. Many American Muslims and Arabs gathered to celebrate the death of the al-Qaeda leader.

As a believer, I struggle to react biblically. I ask myself what someone like the Apostle Paul would have done in response to this news. A preacher I heard recently supplied me with a haunting answer that has stayed in my head for weeks. He said that the Apostle Paul, upon hearing of the death of so notorious a terrorist, would fall on his face and cry out to the Lord, “Thank you God, that when I was Osama bin Laden, you still loved me!”

Before his conversion, Paul was a violent zealot, concerned with wiping out this new religion, calling themselves The Way, aka, Christians. He aided Jews as they stoned the first Christian martyr, Stephen. Yet after his conversion, he was likely the most influential Christian missionary and theologian in church history. He wrote to Timothy that he was the chief of all sinners (1 Timothy 1:15), and displays for us his battle with sin (Romans 7). Yet, was it only Paul who warrants this title as the chief of sinners?

Whoever keeps the whole law, yet breaks one part of it is guilty of breaking all of it (James 2:10).

Each and every one of us deserves the same punishment as Osama bin Laden; one of the ‘worst sinners’ of our day. As we lie flat on our faces before the cross, we lie on ground level with terrorists, rapists, and pedophiles. It pains me to write it, but God loves them just as much as He does you and I. Before salvation, each of us was just as guilty and deserving of wrath as bin Laden.

BUT PRAISE GOD THAT JESUS STEPPED IN.

Praise Him that the story doesn’t end there.

Many people would die for a good man, but not for the wicked, yet while we were still sinners, Christ died for us (Romans 5:7-8).

This should humble us so much. This should lead us once more to our faces in worship and adoration, where we belong before our Holy God. Realizing this, the depth of my own depravity, has humbled me more than I can express here. However, the grace extended me by God has humbled me exponentially more. That He would reach down into the muck and mire of my sin and pull me from the quicksand of pride and carnal lusts. That He would love me when I was Osama bin Laden.

Yet now, as believers, we wear for clothes the righteousness of Christ. In God’s eyes, we are as faultless and blameless as His Son so that we may approach Him with confidence (Ephesians 3:12).

I pray that you all realize the depth of your own sin you have (or can) been saved from, and the magnitude and beauty of that salvation.

Till sin be bitter,
Christ will not be sweet.
-Thomas Watson