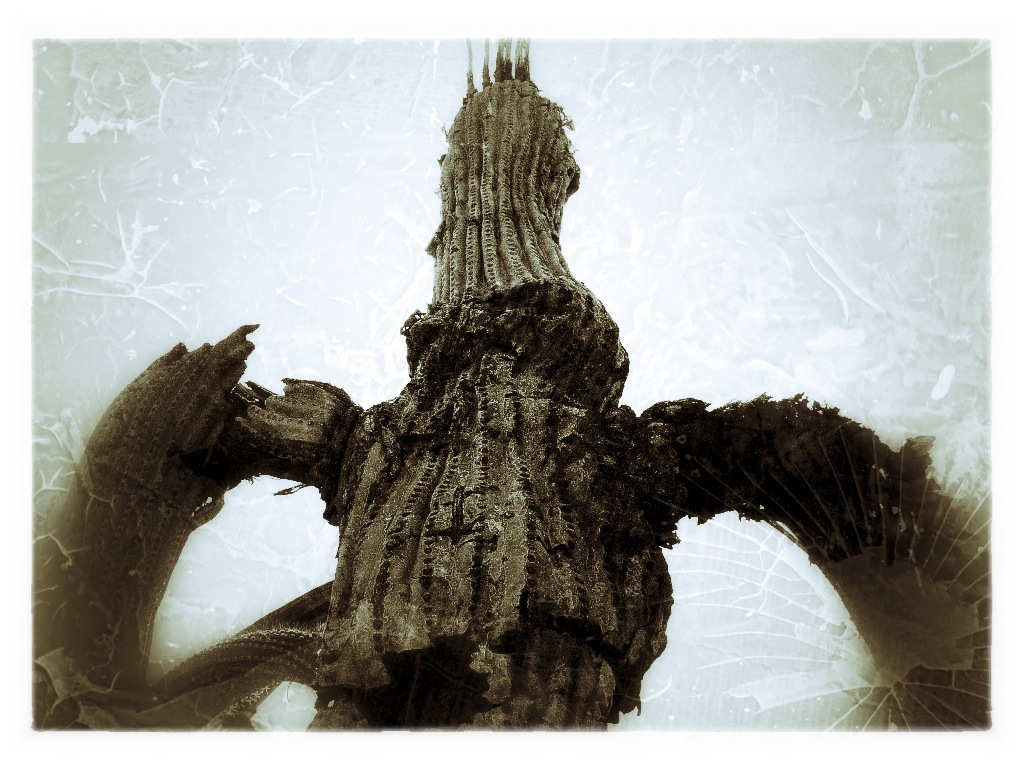 Here is an eerie and warped story I just whipped up for my Fiction Writing class. Let me know what you think!

Marianne drove through the hot and dry Arizona day to the small middle school where her two boys were just being released. Her old green van showed spots of rust on every corner and rattled as she approached the school. She rode through the desert with the windows down since the air conditioning broke years ago.

Marianne was one of the oldest mothers at the school, and her kids knew it. They knew the other moms who came to pick up their children were younger, healthier, and athletic. Marianne was on the southern border of fifty and used a cane to cross the parking lot to the school.

Children flowed out of the doors seconds after the final bell sounded. Marianne politely smiled and nodded at some of the other parents standing on the cusp of the sidewalk, not wishing to engage in any trite conversation.

“Mom, let’s go!” commanded her oldest, Leo, as they burst out the doors.

“Hurry up, mom,” shouted her other son, Roy, “you’re so slow and pathetic.”

Marianne said nothing and turned to walk back toward the van. She seemed to lean more heavily on her cane than a minute before. The boys sprinted ahead of her while she limped across the blazing asphalt.

As she approached the van, the boys had already climbed inside. Roy hopped back out and ran to her. “Here, ma, let me help you,” he said, putting his hand on her shoulder. Leo Giggled from the vehicle as Roy proceeded to kick Marianne’s cane from under her. As it rattled across the scalding pavement, he picked it up and began smacking her on the back of her thighs and lower back. Her hands and knees seared as she fell to the ground of the lot.

“Come on, mom!” he yelled. “Faster!” Leo joined in the taunting from the van.

Marianne said nothing, but fumbled for her cane once Roy tossed it to the ground. She circled the van to the driver’s side and climbed behind the wheel.

“Roy, are you buckled?” she muttered.

The engine burped to life and Marianne steered out of the lot while the boys whispered cuss words to each other in the back seat.

She drove for several more minutes before Leo erupted from the rear, “Mom! Are you stupid? This isn’t the way home!” Roy laughed and added more insults.

Marianne did not reply.

“Mom, where are we going?” asked Leo after a few more minutes.

“I have something to show you boys,” Marianne said quietly, adding, “I think you’ll like it.”

“Are you taking us to dad’s grave?” piped Leo.

“Hah! Yah, I have to pee,” said Roy. “You’re probably just so lonely you want to look at it and cry for an hour, don’tcha?” They both laughed and Marianne said nothing.

Afternoon crawled behind the low Arizona hills and evening crept in. The boys continued asking questions, but Marianne said nothing.

Finally, when light had all but vanished from the road, Marianne turned the van onto a dusty unpaved driveway that wound into the dark bosom of the hill.

“Mom?” said Roy in a tone that had turned from a taunting jeer to a scared concern, “Where are we?” Marianne remained silent.

As they continued down the road, the boys could see what looked like acres and acres of twisted and thorny cacti. They were not the normal straight and cylindrical shape of a cacti, but misshapen trunks that painted silhouettes of horrifying figures against the dim desert sky.

The van approached a dark shack as the last threads of light disappeared. By the dim illumination of the headlights, they could see a small sign hung by the door which read ‘Stitches Cactus Farm.’ The door burst open and a tall, thin frame of a man stomped out toward the van.

Without looking up, Marianne turned off the engine and managed to whisper, “get out.” The boys were silent.

The man’s boots crunched the warm gravel as he approached the sliding door of the van. He said nothing, but simply peered into the dark interior.

“Boys, this is Mr. Stitches,” Marianne said, “and you’ll be staying here from now on. I believe he has plenty of work for you.” As she spoke, the man circled the vehicle to the driver’s window. Marianne pumped at the inside of the door to roll down the dusty window. In place of a greeting, the man grunted and handed her a small roll of cash.

The boys cried in protest as the man threw the door open. He grabbed them both by the hair with his bony yet strong hands and wrenched them from the van. Marianne sat in silence, watching her sons violently disappear into the dark shack hedged in by the warped forms of monstrous cacti.

She silently thumbed the wad of wrinkled bills for a moment, relishing the slow feeling of freedom that was filling her entire body. She felt thirty pounds lighter as she turned the key in the ignition and slowly began driving back down the warm dirt driveway.

0 comments on “The Cactus Farm”