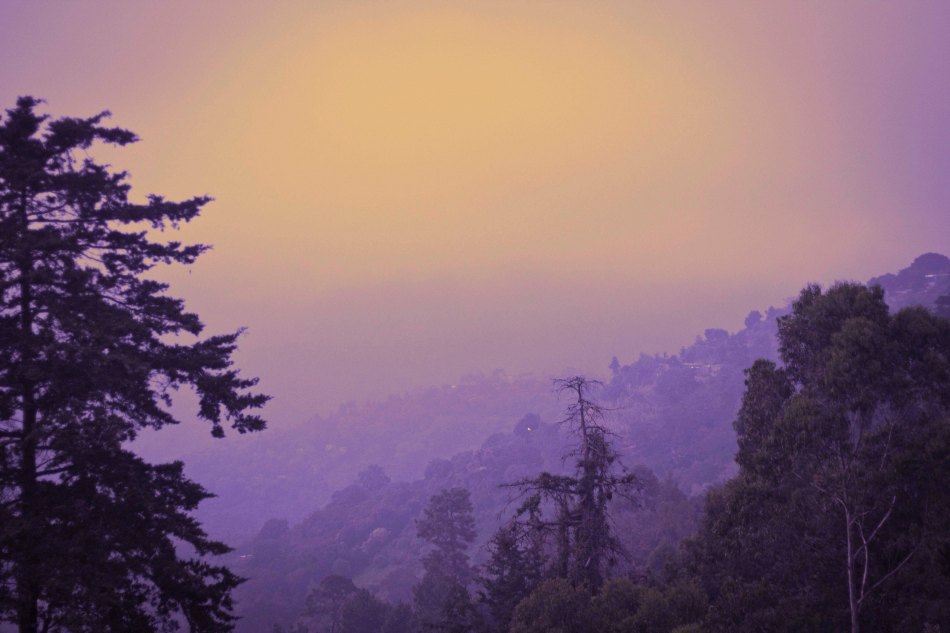 It felt like forever, but the running warmed me up. I wasn’t cold after ten minutes, and I could now just barely see lights from the town in the distance. I went down a hill and up another one, and over the top of the second hill, I could make out buildings in the darkness. As I got closer, I found that most of them were homes where people were asleep.

I ran a few more blocks and found the main street. I looked around for the police station, and eventually found it. There was a light on inside, so I ran over to the door and pushed. It was locked, so I knocked and breathed a sigh of relief when I heard footsteps behind the door.

A chubby middle-aged cop opened the door and looked down at me. “You must be Tim,” he said in an annoyed tone of voice.

“Did you run away from Dr. Brown’s office?” he said flatly. I hesitated. Dr. Brown must have come here first looking for me. Before I could respond, the policeman grabbed my arm and pulled me inside. He dragged me over to his desk and picked up the phone, still holding my arm.

“Dr. Brown?” he said into the receiver after a moment. “Yah, he’s here. I have him…bye.” The fat policeman then turned to me and angrily said, “You little brat. You don’t know how lucky you are. My wife and I have been waiting for years to get in with Dr. Brown. We just don’t have enough money, and on top of that, the waiting list is very long. Why did you run away from him?”

I was still trying to catch my breath after running more than a mile, but didn’t want to say anything to this cop. He was on Dr. Brown’s side and would give me back to him to be cloned. Rather than answer him, I yanked my arm out of his chubby fingers and ran for the door. Before I could open it, he was after me and grabbed me around the torso. I kicked as he picked me up and carried me back to the desk.

“It’s gonna be like that, huh?” he grunted. He held me with one hand and reached into his belt pouch with the other, producing his silver handcuffs. They obviously hadn’t been used much in this small town. He put one link around my wrist and the other through a ring screwed into his desk. I couldn’t go anywhere now, so it looked like I would be cloned and there was nothing I could do about it.

Eventually Dr. Brown came through the door, looking less friendly than before.

“Thanks for grabbing him, Ted,” Dr. Brown said to the police officer.

“No problem,” replied Ted. Suddenly he was a lot nicer to the doctor.

Back at the offices, my entire family had been woken up because of all the commotion. When Dr. Brown and Miss Aylor walked me in, my parents gave me a very disappointed look.

“What was that all about?” my dad asked angrily. Then, to the doctor, “I’m so sorry about this, Dr. Brown. Thank you for your help.”

“It’s no trouble really,” said the doctor wearily. “Why don’t we get him in the chamber now so he doesn’t have time to pull another Harry Houdini?”

“Sure, doctor,” replied my mother, “Whatever you think is best.”

“Great, let’s go back to the chamber and I’ll get things in order.” We all walked back into the room with the couches, but this time Dr. Brown went past them into the blank white door at the far side of the room. Dr. Brown went in and I saw him make some adjustments to switches and panels and knobs in the room.

A few minutes later, he reemerged and looked at me, standing with my entire family. “Okay,” he said, “everything is ready. Once you shut this door, you’ll be on your way to having a clone of your own! You won’t feel anything and it’ll just take a couple minutes. Go ahead and step on in.”

I was on my way to a lifetime of pain and who knows what else. This whole cloning thing was brand new and I didn’t want to be a guinnea pig. I thought quickly. Val was standing right next to me staring vacantly into the room. I grabbed her arm, pulled her forward, then shoved her back so she tumbled into the chamber and I slammed the door behind her. It happened too fast for my parents or the doctor to do anything. Under the door, I saw flashes of light. I turned back and saw the faces of my parents and Dr. Brown in shock. They didn’t know what to say or do.

Seconds later, we heard Valerie begin to moan behind the door. At first it was a low groan, but it grew into a panicked shriek. Then she screamed several times, and two minutes after it had begun it was done. The lights under the door were off and Val was silent. I looked at Dr. Brown and he broke the long silence.

“We…we’ve never cloned a clone. We don’t know what it would do. It’s like making a copy of a blank video tape. I don’t think anything would happen.”

“Do they always scream like that??” my mother asked, panicked.

The doctor quietly looked at his shoes and replied, “No…no they don’t.” Then he stepped forward and opened the door. My sister Valerie was lying on the ground on her side facing away from us, breathing shallowly in her nightgown. Dr. Brown bent down next to her and helped her sit up. I almost fainted when I saw her.

Her skin was gray and flaky, like ash clinging to a log after a fire. Before, she had looked like a normal 15-year-old girl, but now her face was aged and wrinkled like an old woman. She now had long, curly gray hairs mixed in with her brown hair and eyebrows. The worst part, though, was her eyes. They were pale gray like her skin and seemed to be unseeing. Suddenly I regretted shoving her into the chamber. Even though she was just a clone, she was still a part of our family.

Valerie suddenly started groping around, as if unaware the doctor was beside her on the ground, holding her. She crawled forward toward the rest of our family. No one moved. We hadn’t seen her this animated in her entire life. She seemed to be terrified of something none of us could see. Or maybe it was the doctor she feared.

Valerie paused, looked back over her shoulder at the doctor, and continued crawling toward my parents. They were scared now too, and took a step back from her. Even Maggie was silent. Valerie reached my parents’ legs and collapsed again on the floor.

“Where does the clone come out?” my father demanded.

“Normally,” replied the doctor, “we open the door and both of them are in here. I’ve never seen this before. We’ve never tried to clone a clone before…” He was still on the floor, looking deflated and trying to think.

Val was still lying on the floor at the feet of my parents. Her body rose and fall in short, shallow gasps like an ashen fish lying on the beach. Then she began to speak. Her voice was now lower, raspy, glottal. She sounded like a human if you sucked all the moisture out of its body.

“Stop…..them,” she gasped. Her tired muscles hoisted her up and she turned her head back toward the chamber, as if a bear were coming out of it and she couldn’t get away. Then, before our eyes, we saw sores begin to materialize on her legs, just like the ones on Louis’. She screamed again, as if her legs were being burnt with an invisible hot iron. Her body convulsed and she seized. No one in the room knew what to do.

This was the most animated we had ever seen Valerie.

She was still for a second before pushing herself up and standing on her feet as if nothing had happened. The sores were still sitting on her gray skin, but she was suddenly calm. She looked around her, making eye contact with everyone in the room like a normal human being.

“You can’t see them, can you?” she asked my mother in a clear voice. It was utterly unlike the Valerie I had known all my life.

“S-see what, sweetheart?” asked my mother.

“Them,” replied Valerie, pointing toward the cloning chamber. We all looked, but still saw nothing in the room. 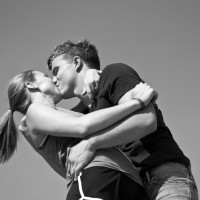 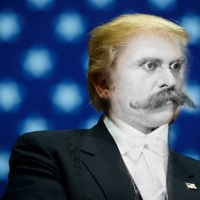