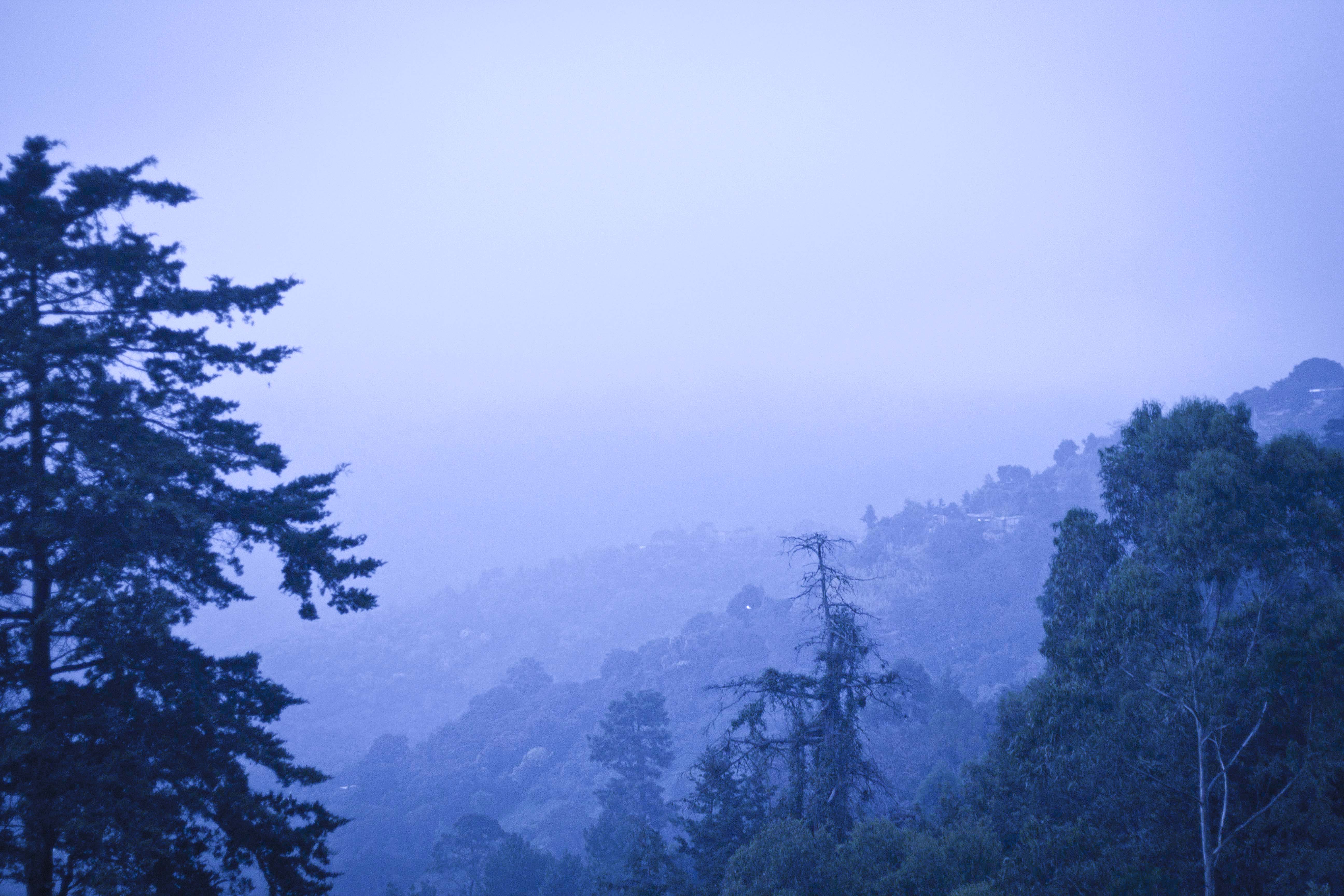 A shiver ran down my spine.

I got the urge to run again, but I didn’t know where. The police were essentially governed by this doctor, the cloning magician, and no one here could help me. I could run into my room and lock the door, but that wouldn’t last long. Regardless, I still couldn’t take my eyes off of the new Valerie. Her gray skin continued drifting off of her like ashy dandruff, but she didn’t notice. Suddenly, she looked at Maggie.

“Are you going to answer her??” I yelled at Maggie after another long pause.

“Answer who?” replied Maggie. I looked at my parents, confused.

In that moment we realized that Maggie couldn’t see Valerie. Everyone else could, except Maggie. Another cold shiver ran down my spine and I tucked my hands into the sleeves of my sweater.

I looked at the doctor, who seemed as baffled as the rest of us. My father turned to him and asked, “What is going on here?”

Dr. Brown had his hand on his chin. He rubbed his scruff and then said, “I don’t know. I have never seen this before.”

Maggie observed what was happening and began to get more panicked. “Wait,” she started, her eyes wide, “what’s going on? Where is Val?”

Dr. Brown spoke up again, almost to himself. “Well, cloning is essentially recreating the body but without the soul…cloning a clone must have sucked out even the little soul that was in Val…but why can’t Maggie see her?”

I watched in horror as Valerie took three small steps toward where Maggie was standing and reached out her hand to touch Maggie’s arm.

Maggie suddenly screamed in pain and jerked her body backward, as if she was now being prodded with a hot iron. She grabbed her arm, where Valerie had touched her. When she pulled her hand back, she saw a sore just like the ones on Val. She looked fearfully at my parents, searching for some type of answer. Her eyes were asking, Who hurt me? Why am I hurt?

Then she collapsed, unconscious.

“Maggie!” my mother surged forward and wrapped her arms around my sister’s unconscious body. Valerie then turned her gray eyes toward me, no longer looking innocent, but malicious. She began slowly walking toward me and I instinctively took a step backward. Then another as she got closer.

“What happened to our daughters??” my mother screamed from the floor at Dr. Brown. The doctor shook his head as he began slowly taking steps backward. Three steps later, he turned and ran out the front door. Miss Aylor ran after him, and it appeared that they would not be coming back. This left my parents, my sister and me with the thing that used to be my sister Valerie. Was she a ghost? Was I seeing a phantom?

Valerie had been distracted by the departure of Dr. Brown and Miss Aylor, but she now returned her attention to me. She stood two yards from me, and began speaking in that eerily calm voice. “Timothy,” she said.

“Wh-what?” I managed to get out, on the verge of also running away.

“Do you see them?” Val responded. She was still calm. She seemed to be asking out of curiosity, not panic or fear.

“All of them…all of us,” she answered. “They are everywhere. They are beautiful.”

“Who are you talking about, sweetheart?” my father asked her.

“All of us,” Valerie repeated. “We are all here and we are golden.”

My fear was momentarily replaced by confusion. I looked at my father’s face, which seemed equally puzzled. Maggie was still unconscious.

Valerie continued, “We are all the ones from the machine. We all drift out of you.”

“Valerie,” my father asked her directly, “are you saying you’re a…a ghost or a spirit?”

“We are the pieces you’ve left behind. We are the tunnels left by the worms; the footprints of your souls.”

Valerie was silent and looked around at her family. Her gaze went from me, over to my father, then to my mother who was still holding Maggie’s unconscious body.

“Meet me in the deep,” she said plainly.

“The others are coming for you,” answered Val. “They are not happy about what you’ve taken from them. Shells of husks and husks of shells. Even air has mass. I weigh 21 grams.”

My father and I exchanged another puzzled glance, and before we could respond, Valerie turned and walked back to the cloning chamber. She grabbed the door as she entered it, closing it behind her. Now my father and I instinctively took a couple steps toward the door, curiously waiting to see what happened. The same lights flashed beneath the door, but this time there were no screams from the chamber. It was almost silent, only emitting a machine-like hum.

The lights stopped and the room fell completely silent. We were frozen in time as a minute passed. Then nearly another one before my father stepped forward and opened the door. He eased it open with his body angled as far away from it as possible, as if a tiger could leap out and tackle him to the ground. He peeked inside and his body seemed to relax. Then he pulled the door open all the way.

The room was empty.

My father and I yanked our heads toward her as she screamed a second time from my mother’s arms. Maggie was holding her head as if a hornet was trapped inside her skull, jerking her back and forth.

My mother looked at my father and yelled, “What is this?? What did we do??”

My father knelt next to Maggie and put his hand on her shoulder. “It’s okay, sweetheart. We are both right here.”

She continued writhing in pain and turning back and forth. I wondered where Valerie had gone. Did she return to Maggie? Did she somehow reverse the cloning process?

Maggie screamed for several more minutes before slowly calming down. She was crying, but no longer hysterical. If you were to walk into the room at that moment, you wouldn’t find anything peculiar. You’d see two parents and two children; both parents comforting the one crying child.

And that’s how life would be from then on. Two children and two parents living out a normal life. At least, that’s how it would appear from the outside.

We drove home that night, not wanting to spend another night in Crum Hill. The doctor and Miss Aylor never returned to the office, which was abandoned as of that night. I heard that the building shuttered and descended into disrepair. I never found out where they absconded to, but never bothered trying to find out.

We never saw Val again either. At least, my parents and I didn’t.

It was Maggie who had the dreams.

For months following our visit to Crum Hill, Maggie woke up screaming every night. Often multiple times a night. They were so frequent that I eventually got used to waking up to her blood-curdling wails and then falling right back asleep.

She would often tell me about the dreams.

She was deep underwater. At least, that’s the closest comparison she could make. Wherever it was, it was deep and weightless and dark. The air — or water, or whatever it was she was submerged in — was all-encompassing. She could try to swim to the surface but there was no surface in sight. Rather than fish swimming around her, there were people floating. Moving slowly. Except they didn’t seem like bodies; they seemed like the absence of bodies. They were human-shaped shadows floating in the depths near her. They were pockets of air, or the absence of matter, but shaped like people.

or husks of shells.

At the end of every dream, said Maggie, she saw Valerie. Val was floating near her but facing away, and she would call out to her. Every time, when Valerie turned around, it was the gray, ashen face. The eyes with their flat, gray surfaces met Maggie’s and Val began ‘swimming’ toward her.

Suffocated and claustrophobic by the deep, Maggie tried to get away, but couldn’t move through the suspension as quickly as Val. The substance didn’t seem to affect Val like Maggie, and she cut through it like a knife.

As Valerie moved closer to her, she reached out her sore-ridden arms and said, “Join me in the deep. You’ll sink and become golden like us.”

Maggie woke up screaming at the same time every night — right when Valerie touched her forearm — right where her scar persisted in real life, no matter how she and my parents tried to get rid of it.

Years passed and Maggie’s nighttime screams spread out more and more. It went down to once a night, then to every other night, then once a week.

As adults, Maggie still has the dream.

“It’s strange,” she told me at coffee one morning when we were in our thirties. “I get older and Valerie stays the same age. She hasn’t changed. Nothing about the dream has changed.

Maggie took a sip of her latte, accidentally showcasing the wound which still looked as fresh as it did 20 years ago.

“Does that hurt?” I asked her, nodding to the sore.

“Only at night,” she answered. “Only when she touches it.”

We were both silent for a moment until Maggie said, “You know what the strangest part is?”

“I think that when I first had the dream, I was closer to the surface, or the light. I think we get a little deeper every night…There are always a few more people — or shells of people [she chuckled at this] — above us than below. We are always getting deeper and deeper. Farther from the surface. Eventually I guess I’ll have to join her at the bottom.”

I was silent and looked at my sister as if she was a homeless person spouting off drug-fueled nonsense. She didn’t notice, but continued on as if it were completely logical and coherent.

“We’re becoming golden, Tim!” she smiled. “We really are. Val and I are really close now. We’re almost there.”