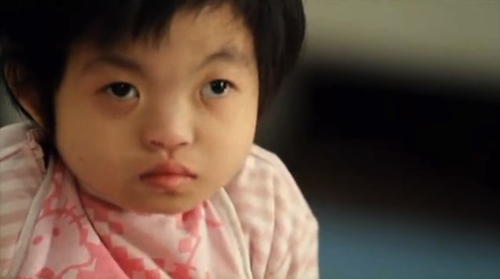 In Darren Wilson’s third film, Father of Lights, he shows the story of Deena and Mike. Several years ago, Mike was an incredibly successful vice president of a bank. They had money and a beautiful house and three children, but God had a different plan for their lives. They began attending a church which challenged them to seek out the voice of God and see what He had in store for their lives. They began being impacted and moved more and more in their lives until they realized that God was calling them to leave the vice president job and move to China.

Mike, Deena, and their kids had no contacts, no place to stay, and no plan. They were staying in a hotel in China when Deena heard of some children at some of the local orphanages whom no one wanted. The orphanages knew no one would ever take these kids because they were deformed, blind, handicapped, brain damaged, or otherwise incapacitated. In a culture that holds honor of the family above all else, the orphanages knew that these children had no hope of being adopted, so they basically kept them alive until they died.

When Mike and Deena learned of these children, their hearts collapsed and they knew what they had to do. Within a small amount of time, God provided a huge building for them where they could live and raise the unwanted Chinese orphans. They adopted over forty of the kids, and love them to the fullest of their capability. These kids have no way of ever paying them back. They have no inherent traits that would draw Mike and Deena to love and care for them. Yet the parents love these Chinese children just as much as their own kids, and raise them in a home of creativity, fun, and joy.

For some reason, this scene was brought to my mind the other day while I was working. It seemed rather random, since I saw the movie once about six months ago, and hadn’t even thought about it in a while. But God wanted to teach me something from it.

I realized that each one of us are these deformed, handicapped, and unlovable children. We have nothing in us that would draw God to us. We have no way to pay Him back for giving us anything. We are utterly sinful and rebellious enemies of God (Romans 5:10). We are depraved and hateful.

Then come two of the most powerful words in the English vocabulary:

But God stooped down to our level. He took on the same flesh we wear and suffered in it. He lived in it and died in it.
But God did not stay dead, but redeemed our flesh by bringing it back to life.
But God loved us enough to pull us out of our sin.
But God breathes new life into us and makes us beautiful. He sees us as beautiful, the same way that Mike and Deena see all of their 40+ children.
But God gives us freely of His Spirit, despite our persistently rebellious hearts.

As I meditated on this thought that I am the unlovable child who was picked up out of the dirt by God, and washed by Him (1 Corinthians 6:11), I nearly burst into tears. Working the front desk of a family rec center is not the best place to burst into tears. Over a few minutes, though, this utter gratitude for what He had done for me turned from tears to joy. I couldn’t help smiling at every single person that entered the facility, hoping to reflect just a ray of the love God has shown me.

In the book of 2 Samuel, chapter 9, we read the story of David and Mephibosheth. Aside from having an incredibly difficult name to pronounce, Mephibosheth was crippled. He was dropped when he was five, and was lame in both feet (2 Samuel 4:4). David had made a covenant with Mephibosheth’s father Jonathan that he would take care of his family for as long as he lived. When David finds out that Mephibosheth is still alive decades later, he calls for him.

Now, with Mephibosheth being a cripple, he would be ashamed to be in the presence of other people, much less the court of the king. When he arrives at the palace, he falls flat on his face and begs David to have mercy on him. David’s response is amazing, and reflects the Father Heart of God:

“Don’t be afraid,” David said to him, “for I will surely show you kindness for the sake of your father Jonathan. I will restore to you all the land that belonged to your grandfather Saul, and you will always eat at my table”(9:7).

Not only does David tell him not to be afraid, but he tells him he will bless him, give him land, and he will eat with him for as long as he lives! This is another beautiful parallel to how God treats every one of us. We are lame in both feet and unworthy to be in His presence, but He tells us not to be afraid; He will bless us and we will eat at His table always.

Stop striving so hard and trying to earn God’s favor.

Rest in His grace. Find peace in the welcoming presence of the Father.