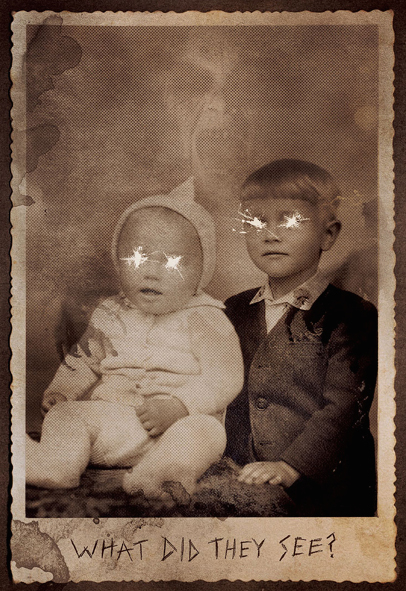 The reason any horror film succeeds in scaring us is because we attribute to it some amount of plausibility. If we immediately deemed it impossible, or too far-fetched, it would cease to terrify us. Hence, the most terrifying films are those that tip-toe across the edge of reality and horrific fantasy.

The other day, I saw the film The Woman in Black. The atmosphere of the film was overly ominous and dark, but it was too far-fetched. There were screaming hovering women; children who were brainwashed by a dead widow, and a disappearing and reappearing hooded harlot. The film strayed too far from the simple and chilling novella of the same title by Susan Hill, which was exceptional. There were unexplained and uncalled for elements added simply for the effect of making the audience jump in their seats, rather than instilling in the viewer a long-lasting fear that makes them scared to get up and go to the bathroom in the middle of the night.

I think we are this way with God.

Do we believe the Bible is true? Do we believe that all of those stories recorded between those leather covers actually happened? Or do we picture, in Exodus for example, some ethereal cloud leading the Israelites across the desert, or a mere “spiritual pillar of fire” that led them by night (Exodus 13:21)? Today I realized that the same emotions I attribute to corny horror movies, I too often attribute to the Bible. I give it no weight, and therefore, I give no weight to the amount of fear and reverence I give to the Lord. Try some of these out:

Psalm 68:21–Surely God crushes the heads of His enemies…

Job 40:15-19–Look at the Behemoth…its Maker can approach it with His sword.

Zechariah 9:14–The LORD will appear above his people; his arrows will fly like lightning! The Sovereign LORD will sound the ram’s horn and attack like a whirlwind from the southern desert.

I dare you to read the books of Isaiah and Jeremiah and not be terrified. I dare you to take them as seriously as you take your daily newspaper, and meditate on what the Lord is saying in them. Attribute to those stories the same atmosphere of certitude and you will indubitably find yourself quaking in your loins. When you realize that the Bible deserves to be viewed in a more similar vein to The Evening News than The Woman In Black, then you will certainly find yourself rearranging your perceptions of the Almighty.

No longer can He, the God of the Bible, be a merry grandfather doling out gifts and the occasional spanking.
Nor can He fit in the box of an unjust Hitler-type, terrorizing mankind for his pleasure.
In fact, I think the second we have attempted to create a box around the Creator of the universe, we have made him as flat as a cheesy horror film on a television screen. One you can walk away from or simply turn off.

the God of the Bible is much different. Ascribe to Him, and the stories in His Word, even a hint of plausibility, and I believe you will find yourself with a handful of rearranged priorities, if not face down on the floor.

Let’s act like the Bible is true. It is.

Read it and see what it says about Him.